Bahamas Arrival and Shake Down

A little over three weeks in the Bahamas. Despite coming here on Singing Frog twice before, this is actually the longest we have ever been in the Bahamas. The previous two visits, the Bahamas were just stops on the way to somewhere else. This time we intend to stay as long as possible! Our three week tour of eastern Canada (details in a forthcoming post) were exciting but far from relaxing. It is now our intention to take the pace back a few notches and watch some clouds, or something. 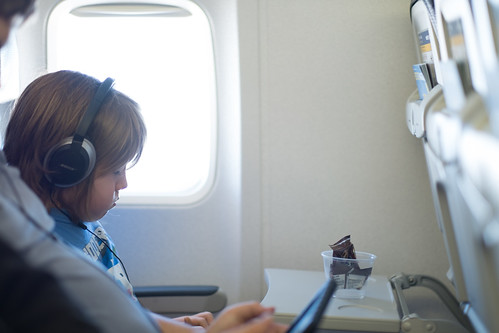 Backing up a bit, all the way to December 13th. We arrived in Marsh Harbour, Abacos, Bahamas just past sunset after a long day of flights, cabs and much waiting around. Not a single bag or child went missing along the way. A nice fellow met us at the airport with our rental van and after a brief, and in my mind rather ambiguous, set of instructions, left us to get on our way. 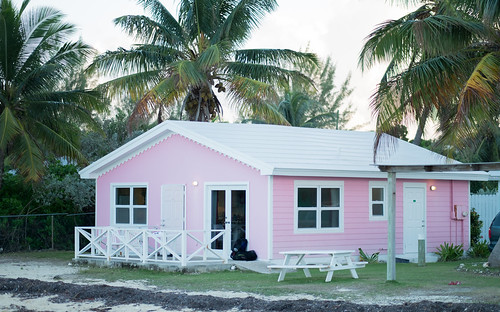 Given our late arrival and then unknown amount of work needed to splash the boat, we decided to rent a cabin on the beach for three nights. The nice family renting the units had gone home for the day but left the side door unlocked for us. If anyone is looking for a nice place to stay in Marsh Harbour we can certainly recommend Pelican Beach Villas. They are not cheapest in town (but also far from the most expensive) but you are right on the beach, there are nice big rooms with lots of beds, a full kitchen and two bathrooms each with their own showers. You can swim from the beach over to the fun snorkelling at Mermaid Reef (and we did!).

Driving in the Bahamas is interesting. Cars drive on the left but a good number are imported from the US (as was our van) so there are a lot of left-hand-drive cars. Except for the main highways between settlements, folks tend to drive nice and slow. There's a single intersection with a traffic light in Marsh Harbour, the only other town outside Nassau and Freeport to have one. Similar to what we saw in the Caribbean islands, the general driving attitude is to be helpful and give way to other traffic. We often saw cars on a main road stop and wave turning traffic through. Horns tend to be used a lot as friendly signals and rarely in frustration or anger. Very nice! 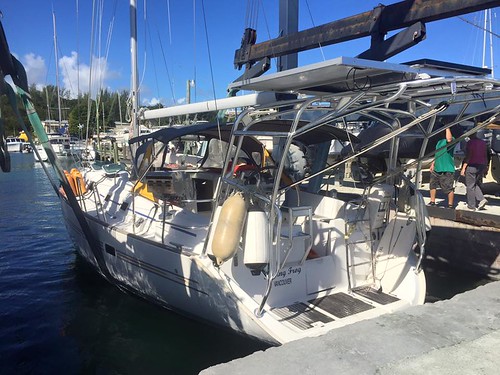 Splashing the boat generated a bit of anxiety but was uneventful. It took a few more days to really unpack and get everything put in its place. Actually, who am I kidding, we are still working to find homes for a few things! 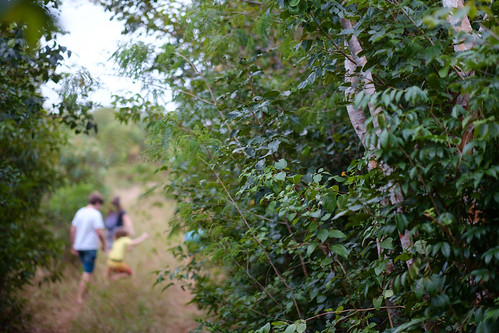 Once settled on the boat, we had to wait for a nasty bit of weather to pass and for favourable tides. The boatyard has a shallow entrance so we can only pass through on a high or rising tide. We took advantage of the downtime and the fact we still had time on our rental van to do some driving tours of Grand Abaco. Treasure Cay, a spit of land that's been developed into a resort community, had a lot of interesting houses and an amazing beach. The harbour there is pretty good too so we may go again by boat. We tried to find the in-land blue hole that is reported to be in the area but we were not successful. Still, it was fun to do some off-the-beaten-path exploring. 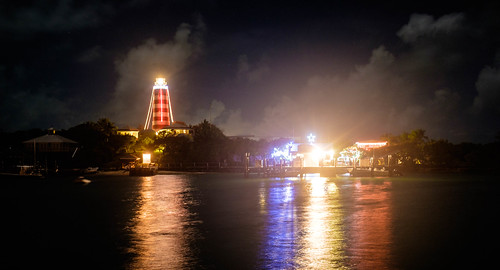 Hope Town on Elbow Cay was advertising a fun Christmas Village on the morning radio net. Since we figured we were stuck where we were for a few days, we decided to hop on one of the foot ferries (Albury's Ferries) and go see what was happening over on Elbow Cay. 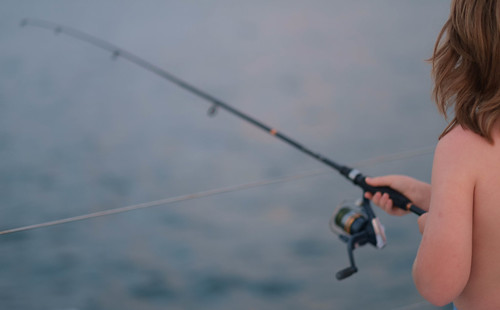 The weather eventually cleared, we got our favourable tide and we rode a perfect SSE wind all the way to Fishers Bay on Great Guana Cay. We'd had enough of bustling Marsh Harbour so we decided to camp out here for nearly a week and relax. 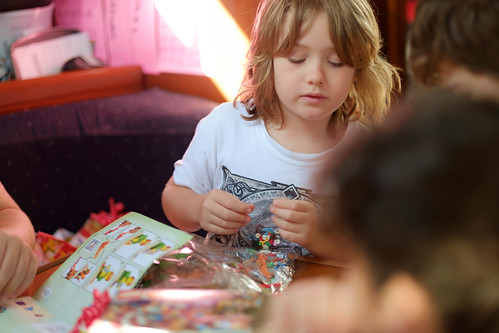 Christmas on the boat this year was low key and intimate. Lots of Lego with a strong Star Wars theme followed by a delicious pancake and turkey bacon breakfast. The adults sure didn't miss all the hustle and stress of the usual shopping-filled lead-up to the big day but time with family was certainly missed. 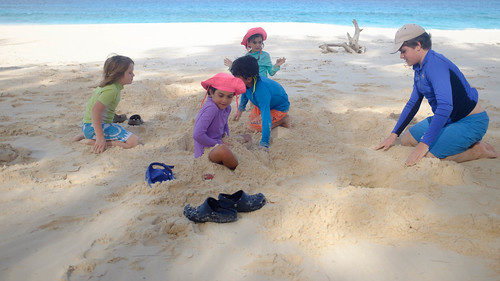 One of the venues on Great Guana is called Nippers and they host a BBQ on Sundays. We decided to check it out and got to meet a fun family visiting from the Washington DC/Maryland area. The beach was perfect, just enough surf for the kids to have fun but not be dangerous. Nippers also has a couple guest pools which were perfect after swimming in the salt water (there's a hose to rinse off with first). We left by mid-afternoon as the college party atmosphere was starting to become a little "adult-oriented" for the younger ones. 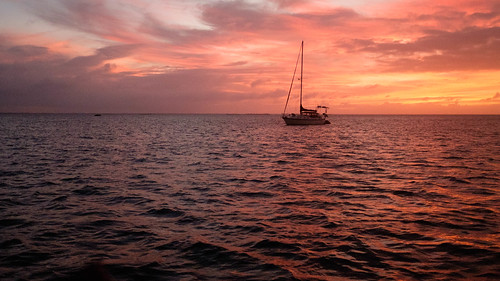 Fishers Bay at Great Guana Cay was a perfect place for us to hang out for a while and just settle in. Lots of great sunsets, a relatively calm bay to tour on the paddle boards, decent holding (at least for us). Unfortunately we started to get low on food and water so we had to return to the "big town" in Marsh Harbour. That and we knew some exciting weather was soon to be headed our way and we wanted to be settled-in with confidence before that happened. 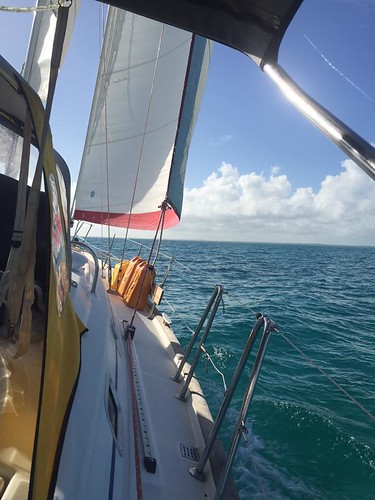 We subscribe to the "painless cruising" philosophy which means we only sail to windward if it's blowing less than 15 knots and the seas are nearly flat. The prevailing winds in this area are typically from the E-SE which means the conditions are not often good to make our way in that direction. We waited an extra day in Fishers Bay and got rewarded with a perfect sail back to Marsh Harbour. 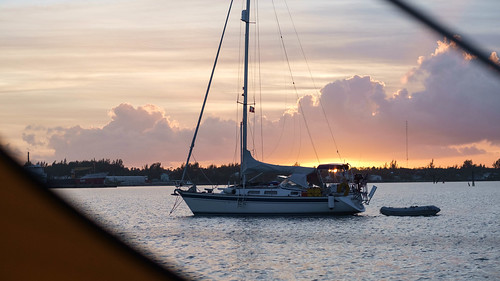 After waiting out another front (a strong one this time) we are now planning our next move. We feel that we'd like to see more of Hope Town (in the daylight this time) and we'd really like to see if we can do some snorkelling at Sandy Cay down by Little Harbour. Syncing up with school and work are also on the to-do list. But we are also mindful that this is the season of many and strong frontal systems and so there is a desire to just jump through the next window and head south to Eleuthera. We will just have to see ...


Until next time ... The Singing Frogs!